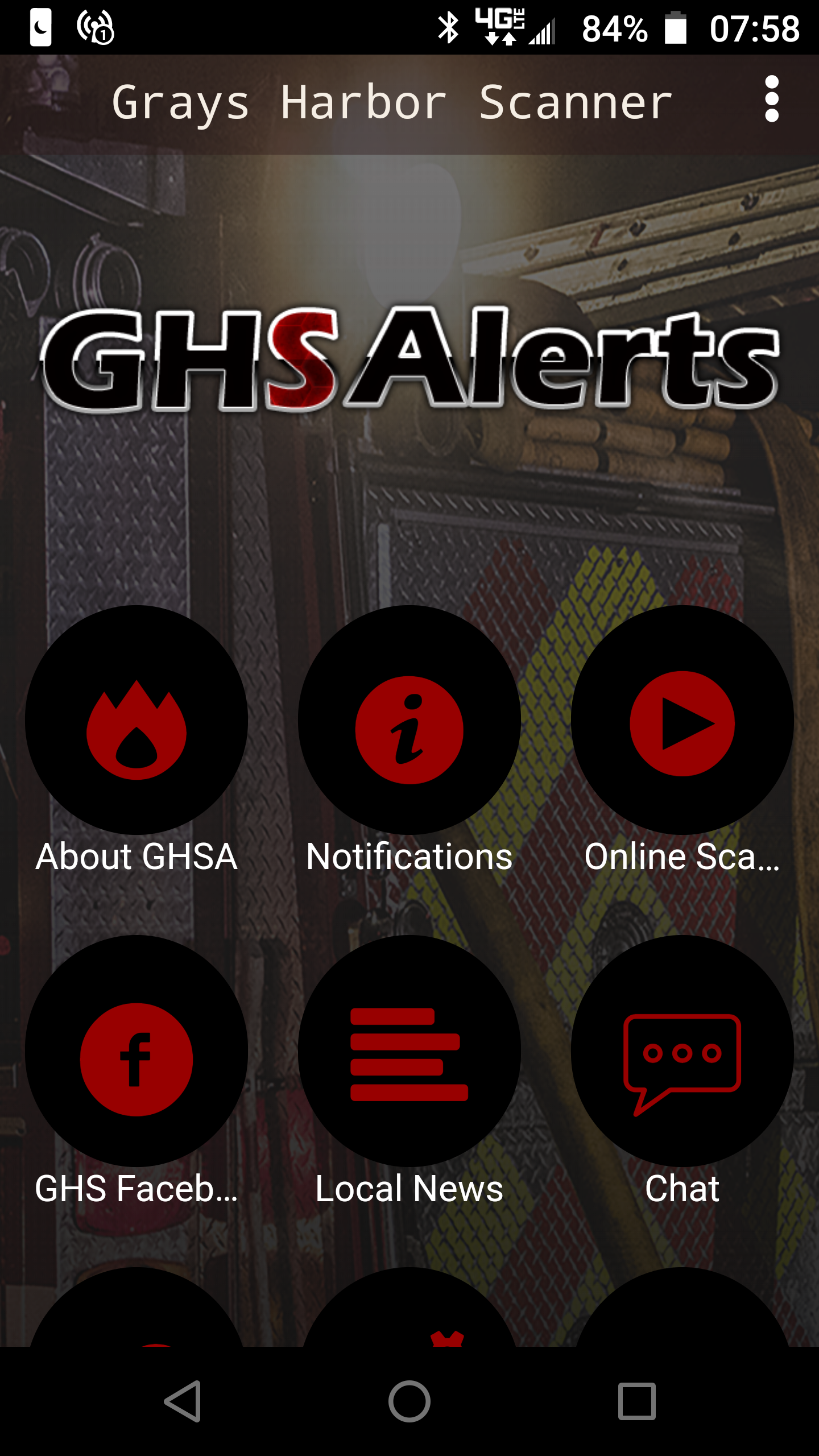 Too often do we hear comments saying "I wish I knew about that traffic accident blocking the highway or I could have gone another route".  Or how about the one recently where GHS posted a vehicle vs deer accident just west of Montesano where the deer was still in the middle of the highway.  3 other vehicles hit it causing significant damage to their cars.

Grays Harbor Scanner Alerts App and service has 2 options.  The free (non-supporter) portions of the app allow users to access our online scanner feeds through their cell phones through our private servers (not Broadcastify).  There is quick access to our Facebook page, Local news pages and more.

The supporter portion for $4.99 a month provides quick access to emergency alerts our staff sends out through push notifications.  Much like may apps out there when we send out a push notification it shows up on your lock screen, as well as your notification bar after making a notification sound. We have also now added a new HOT CALLS feature that is recorded call audio from our broadcast scanners of hot calls such as shootings, structure fires, and major accident responses.

The app notifications is a way for us to say thanks for your support, to those who have chosen to be GHS supporter.  Supporters can support what GHS does by clicking on Become a Supporter on our Facebook Page or in the app by using PayPal when registering.

The Grays Harbor Scanner team has been providing the area of Grays Harbor County and surrounding communities with accurate and timely information that not only the people have enjoyed but even police and fire agencies.  Its why we have such a great relationship with them.  The GHSAlerts App takes getting people emergency information to a better level that quick and fast and safer.  No more worrying about if you are going to get that information because it is only posted on Facebook.  Now you will get an alert on your phone.

The APP is available on both Itunes and Google Play under Grays Harbor Scanner or GHScanner.

Alerts that will go out on GHSAlerts APP 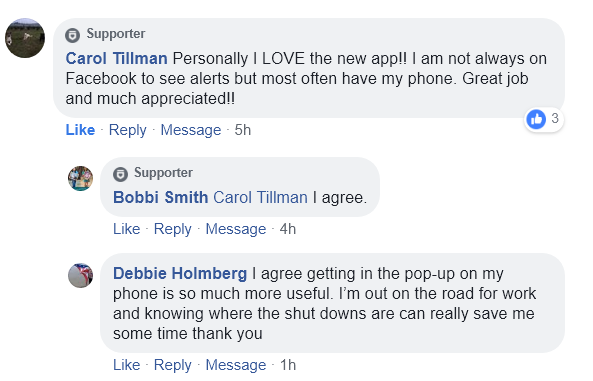 One of the cool things that we can and will be doing is with road closures and ongoing incidents is set up where even if you had gotten an alert as you approach it you will get a reminder alert ie - Powell Road 200 block road closure.

Hot Calls!
Hot calls is a feature we have added that allows us to share our scanner aduio traffic that was recorded on our broadcast computers on hot calls such as shootings, major traffic accidents and more.  These are calls that are chosen by our staff and uploaded to the app to stream.  This as well as the alerts feature comes with the alerts subscription.

Selecting Alerts
We have simplified getting alerts after user feedback.  Initially, we had gone with different zones of the county where users could choose to get alerts for.  But everyone chose ALLZones.  But now we just have 2 simple options. All Alerts and All Alerts with Bridge Openings.  Sometimes we can have multiple bridge openings throughout the day and you may not want to be getting those. Now you have a choice.

To get the app just search your devices app store for GHScanner.