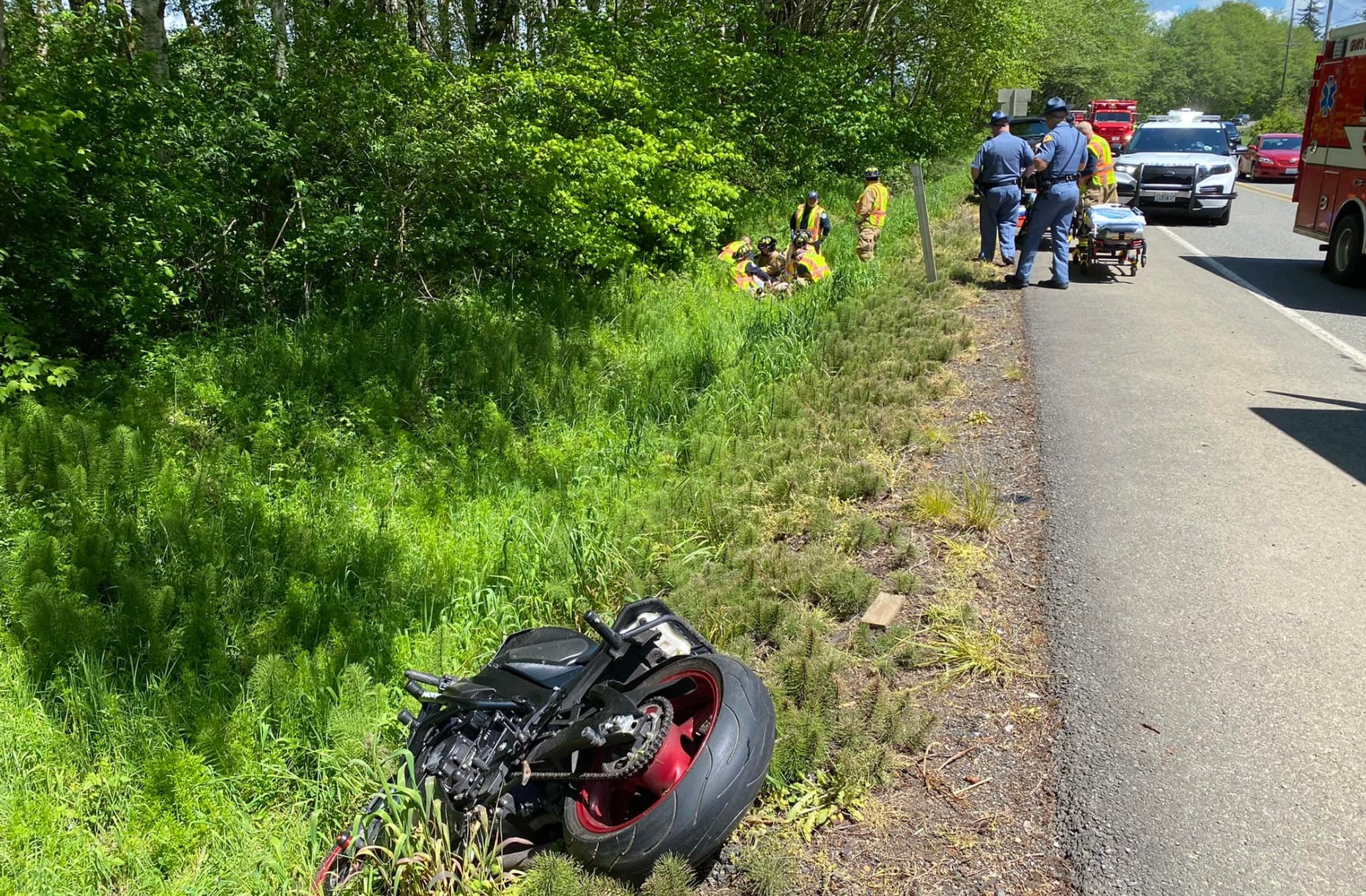 Washington State Patrol says that a 36-year-old Seattle man sustained serious injuries after a collision while riding his motorcycle at a high-speed rate on Saturday afternoon on State Route 107 4 miles south of Montesano.

No law enforcement agencies attempted to pursue the motorcycle (current laws do not allow officers to do so).

The rider was transported to Summit Pacific in Elma, where fire crews had already requested Airlift to Tacoma General for his injuries.

The cause of the collision was determined to have been caused by excessive speed, and he is being charged with eluding and reckless driving.