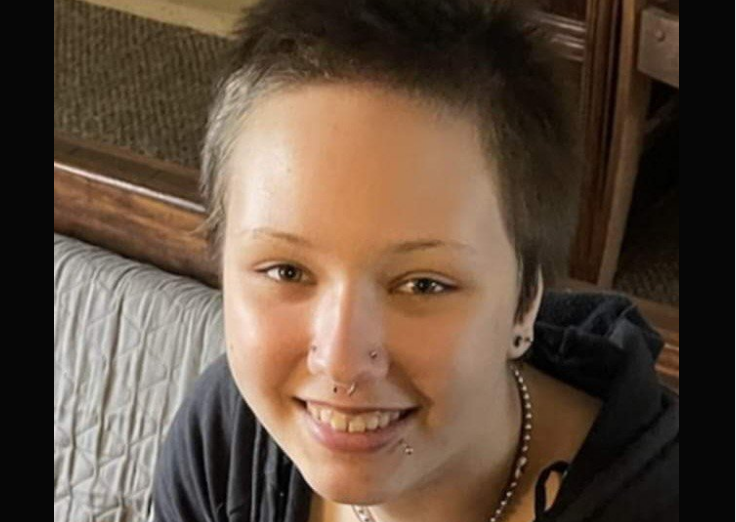 The Pacific County Sheriffs Office says they are looking for a teen that indicated that the teen wanted to self harm, so far, no leads according to their social media post at this time.  Mishea F. Barquett (age 15) went missing from  a residence in the 3700 block of J place in Seaview.  Barquett is approximately 5’6” tall and weighs approximately 175lbs. Has hazel colored eyes and brown hair which is shaved short. Both Barquett’s nostrils as well as his lip are pierced. Barquett is a biological female, Barquett identified as a male and went by the name of “Blu”.

On 05-04-22 at approximately 12:40 PM, the Pacific County Communications Center received a report of a female juvenile missing from a residence in the 3700 block of J place in Seaview. The aunt of the juvenile reported her missing after discovering what she thought to be a letter written by the juvenile indicating possible self-harm.

Barquett is approximately 5’6” tall and weighs approximately 175lbs. He has hazel colored eyes and brown hair which is shaved short. Both Barquett’s nostrils as well as his lip are pierced. He was last seen wearing a black beanie, blue long sleeve shirt, black shorts, and black and white converse shoes.
Deputies investigating the incident learned that Barquett had gone for a walk between the hours of 0900 to 0930 hours the morning of the 4th. They discovered that Barquett usually walked in the wooded area between his residence and the beach. The wooded area was searched extensively, however Barquett was not located. Deputies determined that Barquett had not taken or possessed any means to cause self-harm after leaving the residence. A “locate ping” was placed on Barquett’s phone later that day in an attempt to track his location but the ping provided no useful information.
On 05-05-22, the following morning, further search efforts of the wooded area and last known location of Barquett were conducted. Deputies were informed that Barquett had been seen walking into the wooded area on security cameras belonging to the trailer park he resided in between 0950 and 1000 hours on 5/4/22.
While speaking with volunteers who had arrived to aid in the search, one reported to deputies that he had just informed a friend of his of the situation asking for his help and the friend, who happened to know Barquett, stated they had seen Barquett near the Mobil station in Seaview around 6:00 PM on 05-04-22, the day Barquett was reported missing. This information regarding the sighting of Barquett was followed up on and deputies searched that area.
The wooded area adjacent to Barquett’s residence was again searched, however Barquett was not found. A cellular notification was sent to individuals in the area through Emergency Management. A sighting was reported in Ilwaco of a juvenile matching Barquett’s description. Deputies and officers responded to the Ilwaco area sighting but Barquett was not found.
A pair of shoes that may have belonged to Barquett were found in the dunes near the Seaview beach approach.
An additional report of possible sighting of Barquett in Chinook was relayed to deputies on 5/6/22. The possible sighting was followed up on with no luck. A more recent possible sighting was on 05-10-22 during the early evening hours near 227th and U street in Ocean Park.
Barquett is originally from the Lakewood, Washington area and had only recently moved to the Seaview area to reside with his aunt. It is possible that Barquett could be attempting to travel back to that area but deputies have no definitive proof of that. Barquett has been entered into a national database as a missing juvenile.
If anyone has any information on the whereabouts of Barquett, or any sightings, please call the Pacific County Sheriff’s Communication Center at (360) 875-9397 and reference case number 22-2496.