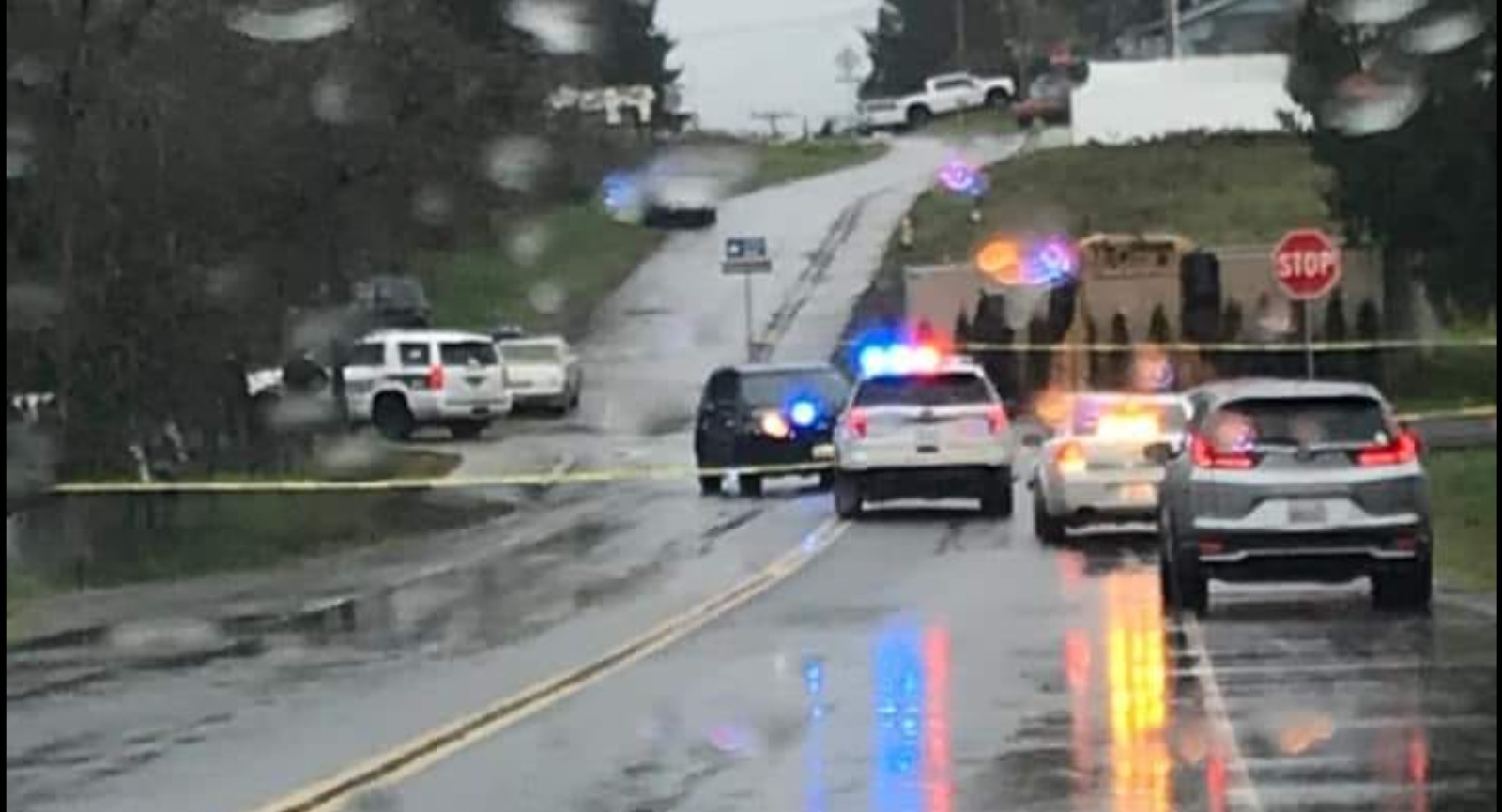 The Elma Police Department released a social media statement regarding the high-speed pursuit and shots fired call that ended in McCleary Sunday evening.

A 42-year-old Rochester man was arrested on First Degree Robbery charges and suspicion of several other charges, after he pulled a gun on a Central Park 7-11 clerk Sunday afternoon. (GHScanner Unofficially - the same vehicle description was the same as an earlier hit and run and gun brandishing incident in Aberdeen earlier the same day).

Elma Officers observed the suspect traveling at high speeds eastbound on Hwy 12 at Schouweiler. Attempts were made to stop the vehicle as it traveled through Elma at speeds ranging from 60 to 100 miles per hour. The suspect took the 3rd Street, began traveling eastbound in the westbound lanes of Hwy 12, at which time officers terminated the pursuit until observing the suspect driving in the correct lanes of travel. Elma and McCleary officers continued the pursuit into McCleary, where the pursuit came to an end.

At about 5:07 PM the male suspect was involved in a vehicle collision with an unrelated vehicle at the intersection of S. 3rd Street, Mox Chehalis and McCleary Rd. in McCleary. A

n Elma Officer discharged his service weapon. Because this situation is under investigation, facts and circumstances leading up to the officer’s actions will be released at a later date. None of the officers involved or the suspect was injured during the incident.

Deputies from the Grays Harbor Sheriff’s Office and Troopers from the Washington State Patrol responded to assist. The scene and surrounding area was blocked off for several hours.
As is standard practice in any officer-involved shooting, the officer has been placed on administrative leave. The Grays Harbor County Sheriff’s Department is handling the investigation into the discharge of the officer’s firearm.