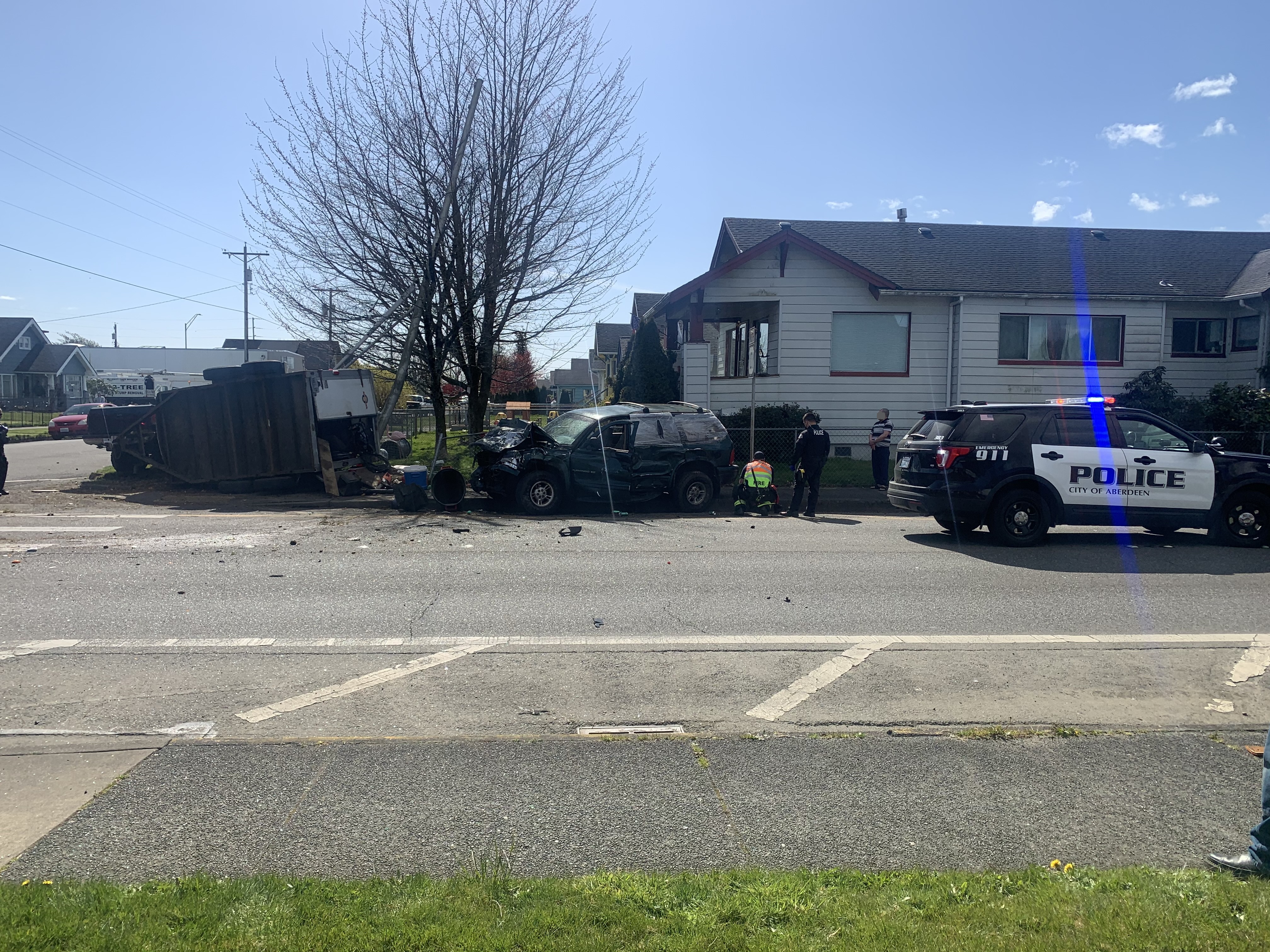 On 4-11-21 around 3:17 PM, Aberdeen Police Officers were dispatched to a report of a recklessly driven vehicle in the area of the 300 block of West 3rd Street.  Callers reported the female driver had driven on the sidewalk and left at a high rate of speed. A short time later, officers arrived into the area and discovered a collision had occurred on 3rd Street at Alder Street.

Numerous witnesses reported the suspect vehicle was driving over 50 MPH as it traveled West on 3rd Street and failed to stop for the stop sign at Alder Street.  The suspect vehicle struck a pickup truck towing an enclosed utility trailer.  The victim vehicle then careened into the northwest corner of the intersection, striking a fire hydrant and shearing off a light pole before rolling onto its side.  Aberdeen Fire Department Paramedics treated and transported the driver and passenger in the victim vehicle.

Officers investigated the suspect driver for driving under the influence of alcohol and/or drugs based on evidence and observations made at the scene.  A search warrant was obtained for the driver’s blood.   Those results will be pending testing by the Washington State Patrol Crime Lab.  Criminal charges regarding the incident will be forwarded when the lab provides results along with the determination of the injuries of the victims in the other vehicle.