Fatality Accident In Aberdeen Most Likely Caused By Medical Situation.

On Monday afternoon April 15th, 2019 there were many who witnessed a horrific traffic accident where a local resident having what was witnessed as a possible medical problem went into the opposite lane of traffic and collided with a semi-truck hauling cars and was killed.

We have an update from the Aberdeen Police Department on this incident; 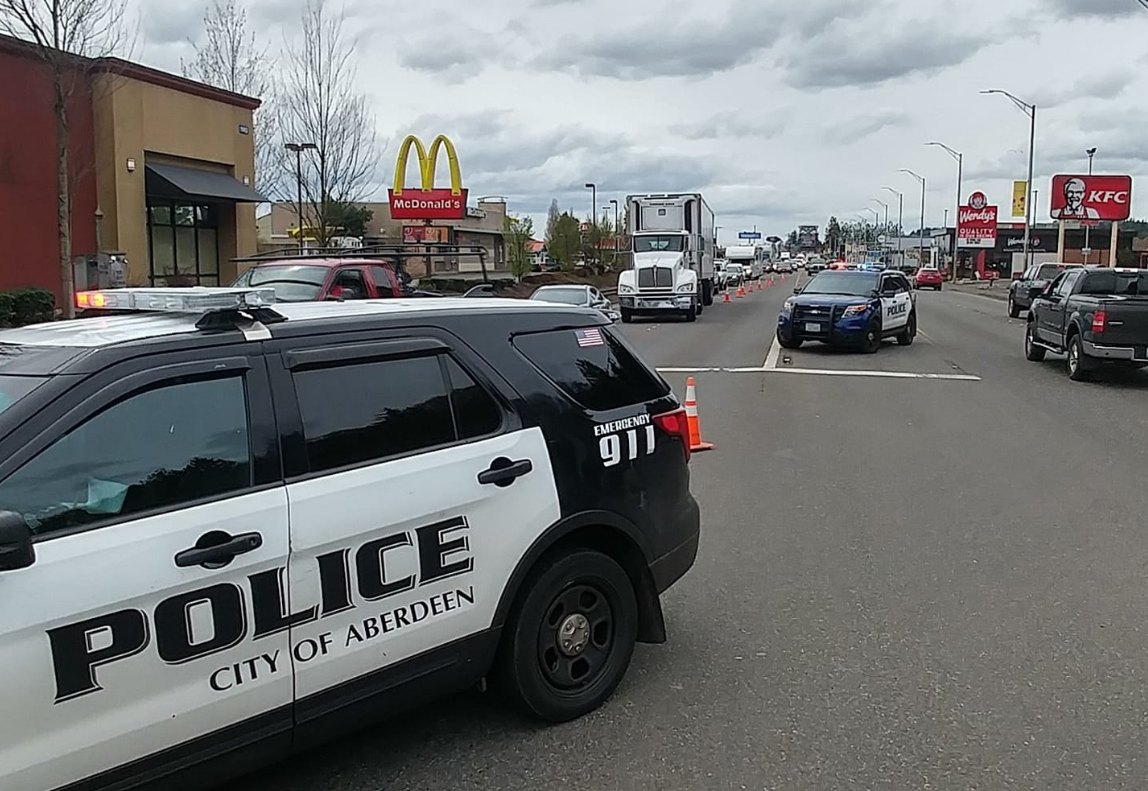 Monday afternoon at 1:23 PM Aberdeen Police and Fire personnel responded to a reported head-on collision involving a vehicle and a semi-truck, with a severely injured driver trapped in one of the vehicles. The collision was in the 1200 block of E. Wishkah St. Arriving responders located a 69-year old Central Park man deceased in the driver’s seat of his severely damaged 1997 Dodge Ram PU truck, blocking the eastbound lanes.

Witnesses advised the Dodge was westbound on E. Wishkah St. coming off the bluff (Hwy 12) into town. He reportedly partially left the roadway to the right before correcting and crossing both westbound lanes, the center turn lane, the left eastbound lane, and then struck the semi which was eastbound in the outside eastbound lane (closest to the railroad tracks). The 2014 Peterbilt tractor, which was pulling a trailer loaded with vehicles, was projected off the road to the right and became stuck on the railroad tracks. Following the initial impact, the Dodge struck an eastbound 2017 Toyota Prius. Neither the Peterbilt driver (a 27-year old Aberdeen man) nor the Prius driver (a 61-year old Aberdeen man) were injured in the collisions.

Preliminary information indicates the possibility the deceased driver was experiencing some kind of a medical event prior to losing control of his vehicle. His identity is being withheld pending notification of next of kin.

The roadway was expected to reopen after 9:00 PM, with traffic directed through the east end of the Gateway Mall parking lot. The investigation was conducted with the assistance of an officer from the Hoquiam Police Department for assistance with the FARO scanner (to map the scene), and Commercial Vehicle Enforcement Officers from the Washington State Patrol.

There was a quantity of oil and fuel spilled on the roadway. The City Street Department has dispersed sand on the roadway, but drivers are advised to use extra caution driving through the area as the roadway can be more slick, especially when wet.