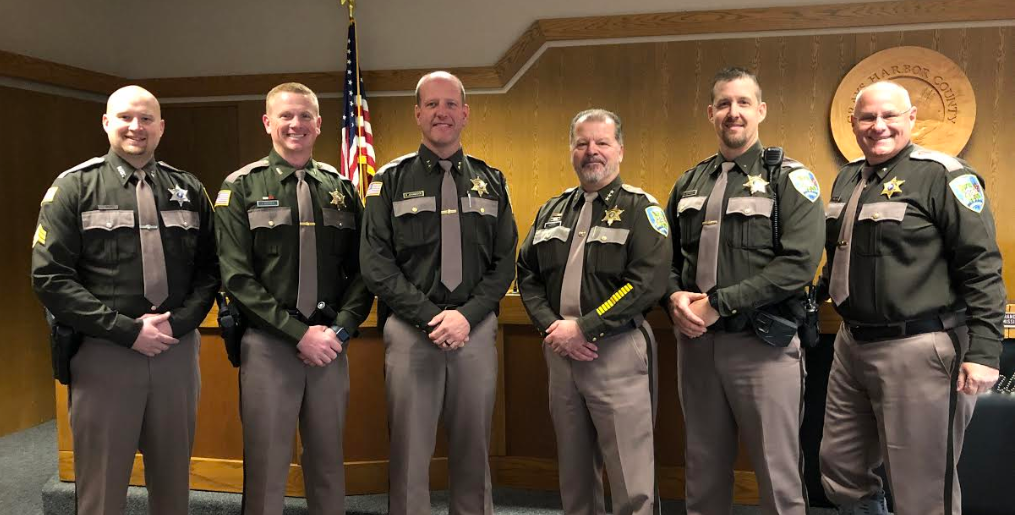 After a large round of retirements, this past year 4 deputies were promoted to higher positions this past week in the Grays Harbor Sheriff’s Office. Undersheriff Brad Johansson said that on Monday Sheriff Rick Scott promoted four deputies total.