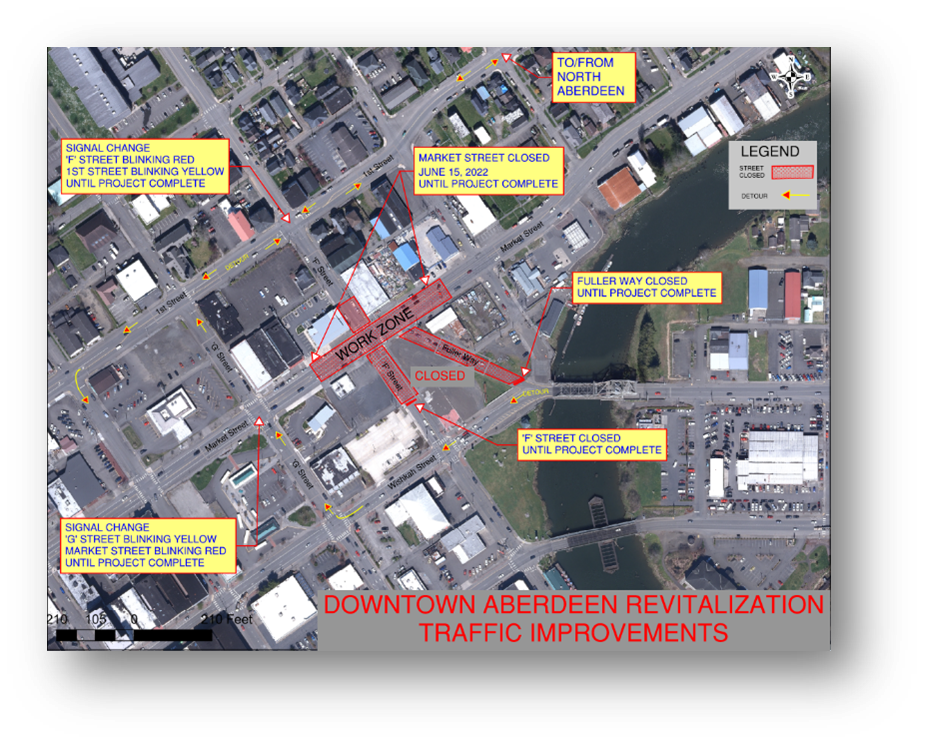 Aberdeen, WA – June 08, 2022 –Improvements to the Market Street and F Street intersection have been underway since the middle of April and the work is currently ahead of schedule.

As roadway users are likely aware, Fuller Way as well as North F Street and South F Street adjacent to Market Street has been closed since the middle of April.  Rognlin’s Inc., the Contractor facilitating the improvements, is now ready to proceed with the second phase of work, which will result in a full closure of Market Street in addition to the areas already closed.

Once completed, this project will dramatically reduce driver confusion and conflicts at this intersection.  For more detailed information on roundabouts, the Washington State Department of Transportation has great website providing more information and benefits at: https://wsdot.wa.gov/travel/traffic-safety-methods/roundabouts.

Questions and comments regarding this project can be directed to Nick Bird at (360) 537-3218 or This email address is being protected from spambots. You need JavaScript enabled to view it..